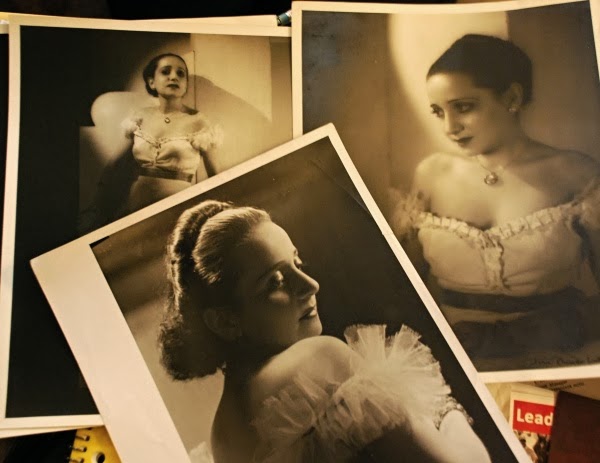 For decades, Lila Brooks spoke on behalf of the wild urban coyote, a critter that was easily trapped and killed in Southern California from early settlers through the 1980s. Known affectionately as the “Coyote Lady,” this tough and scrappy Hungarian native recently celebrated her 101 birthday. Brooks may be a little fuzzy around the edges, but when you start talking wildlife with her in her Glassell Park residence, she is sharp as a tack.

It’s hard to get Brooks – a former hotel executive – off topic: she is as passionate about keeping wildlife wild today as she was in the 1970s when she advocated L.A. City Hall to outlaw coyote trapping with steel-leg traps and to ban the public from feeding wildlife. Her California Wildlife Defenders was one of the first wildlife advocacy groups in the area.

“Coyotes are important to our ecosystem and Lila’s work was important to help support L.A. County’s natural resources,” says Tony Bell, spokesperson for Supervisor Michael Antonovich who publicly commended Brooks years ago. (Note: Being 101 years old has its perks. You are allowed to talk about what you love for hours and you also can deny reporters from taking your photograph.)

When did you first realize that wild animals were important to you?
I think I knew all my life. We lived in Budapest, Hungary. I was born there. I was born loving animals. I have been vegetarian all my life.

How did you know that coyotes needed your help?
Coyotes have been vilified for so long. A coyote was accused of killing Kelly Keen, a three-year-old in Glendale in 1981, but I think that coyote did not kill that child. In a frenzy, they slaughtered 55 innocent coyotes. It was never proven that the coyote killed that child. I got death threats for speaking out. [Note: The official cause of Kelly Keen’s death is listed a broken neck and blood loss as a result of a coyote attack. A controversial subject of the times, Keen’s death brought the issue of responsibly living with urban wildlife to the forefront, including the then routine practice of the public feeding wildlife. )

What do you want people to know about wildlife in Los Angeles?
Leave them alone! Let them be unmolested. Let them be wild. Do not feed them and do not kill them. Coyotes have been here since the Pleistocene epoch, three and half million years ago. And then they come and tell me, ‘Oh, there was a coyote in my back yard,” and I tell them, ‘No, you were in the coyote’s back yard.’

Wild animals are essential for the food chain and the balance of nature. Coyotes are beneficial, they devour rats, carrion, diseased ground squirrels, the vector of the plague.

I was at a backyard barbecue at a house in Bel Air. The owner had a fast food station and she was feeding about 60 coyotes. Every night, they came to feast on chicken backs and chicken necks! See, the people create the problem. Let them stay wild in the hills. They don’t belong in backyards.

I had to fight for that. It took me years to get that into law. Now, it’s all over the United States. (L.A. City originally turned down an ordinance against public feeding of wildlife, but adopted it later, joining with Beverly Hills, Burbank, Glendale, South Pasadena and Pasadena.)

How did you get your message out to the public in the age of the non-existent Internet?
I had lots of demonstrations. I would set up my paraphilia in front of the zoo, shopping malls, wherever. I sold coyotes t-shirts and passed around my literature. (Brooks had a full-sized stuff coyote dramatically poised as dead in a steel-leg trap which she placed on top of a shopping cart draped with a black cloth. She often brought this display to schools and other organizations for educational purposes.)

In 1972, I came up with non-lethal alternatives to trappings and wrote about them. My publications had dos and don’ts for homeowners. It was the first one ever. So many people were accusing animals of wrong behavior, but I exonerated the coyotes and told people they needed to see things differently. (Brooks’s California Wildlife Defenders created and distributed thousands of brochures about the coyote. L.A. County Agriculture Commission Weights/Measures office has adopted much of her “Coping With the Urban Coyote” in their current website: http://acwm.co.la.ca.us/scripts/coyo.htm)

Did you ever see coyotes in the wild?
At night I used to go up into the hills above Glendale with my tape recorder to get the coyotes song and I could never get it. (After playing a YouTube video of coyotes howling on a smart phone, Lila has tears in her eyes. “This is beautiful,” she says, kisses her finger and touches the coyotes on the screen. “This is how they are meant to be.”) 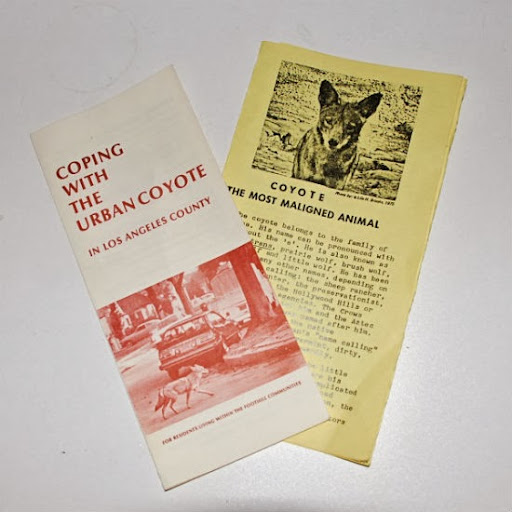 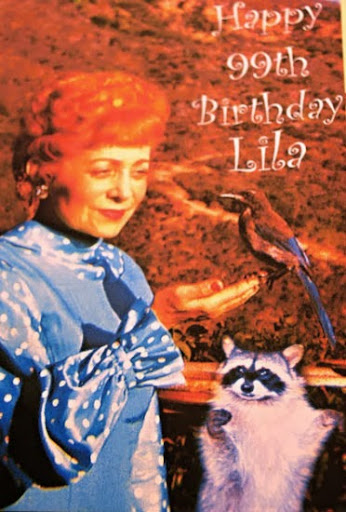 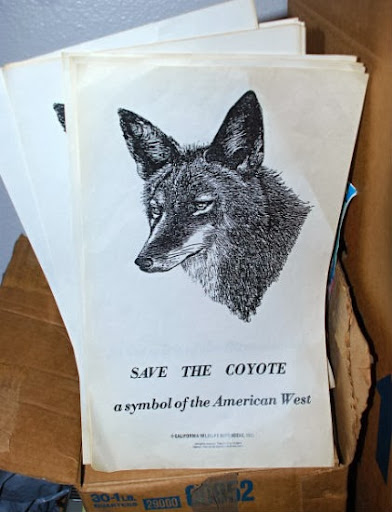 “Save The Coyote” posters in Brooks’ home | Brenda Rees